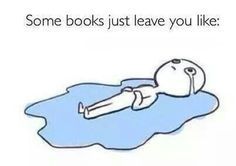 And some books leave you swimming in your own tears. This book falls under the latter.

For the record, this is the first book ever that put me in tears from start to finish. My nose has turned ugly red from excessive blowing and wiping.

This is one heck of a sad and heartbreaking story. Nobody told me Newton’s laws of motion would make you bawl out other than the reason that it’s hard enough to understand. 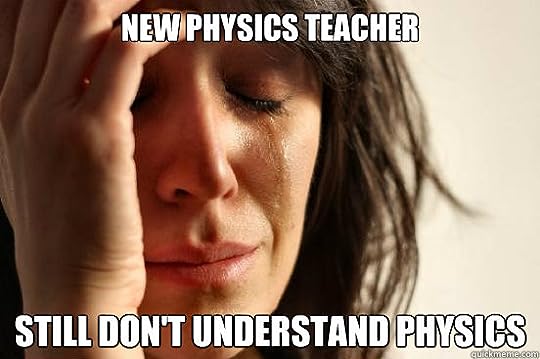 But the author managed to torture me further with those Physics Equations. Believe it or not, the general theme of the story is premised on several Newton’s laws of motions. Force is equal to mass times acceleration (F=ma).

Liz Emerson is a strong force. She is popular, rich, and beautiful and can make anything happen. She can make anyone believe what she says. She has “mass”, she has “acceleration”. She does mean things to people and has become uncontrollable. She is a force veered to the wrong direction that resulted to destruction of everyone around her.

She however belatedly realizes (or so she thought) that her effect to people especially to those she loves is catastrophic. It must be noted that she wasn’t always the negative force that she is. She waited for Newton’s Third Law of Motion to take its effect on her. For every action, there is an equal and opposite reaction or more easily understood as “karma.” For every bad thing she’s done, she waited for punishment but it never came and so she decides to take matters into her own hands.

”She hated what she was and didn’t know how to change…she didn’t have enough force to stop the world from turning. But she had enough to stop her own.”

The underlying themes about suicide and bullying, the MC’s pattern and even the POV remind me so much of Lauren Oliver’s Before I Fall as the story is told in a very curious POV (which I would like for you to discover for yourself). The narrator recounts the life of Liz and we discover that the rich and the popular don’t really have the perfect lives that many of us assume.

Was Liz a victim of bullying? Definitely not. She was in fact the instigator of pranks, of bad gossips about people whose lives turned upside down very tragically because of her actions. She wanted to stop, she wanted to do something about it but she doesn’t know how and so deep inside, Liz suffers severely for everything she’s done. In secret, she cries a lot, she has become utterly depressed but no one seems to notice what’s going on inside her.

In retrospect, Newton’s Third Law applies to her after all.

“She didn’t think that she deserved to share a planet with seven billion people who were immeasurably better than she was.”

The flow of events is rather sporadic in a perfect kind of way which matches the raw, direct but beautiful kind of writing. I was deeply moved by the sincerity and truthfulness of the subjects tackled in the story and then I was so completely dumbfounded after reading the book because I found out that Amy Zhang is a high school student. OMG! She should be acknowledged by Guinness World Records or something!

But again, the question remains- What fate awaits Liz Emerson? I recommend for you to find out by reading the book. ^^