I have decided to reread the first two books before the third so sorry for the really long reviews. I attached even the old ones.

BOOK 1 (TO ALL THE BOYS I’VE LOVED BEFORE)

It’s a “feel good” book. It’s a book you should be reading on a holiday. If you’re looking for a book that wouldn’t stress you, torment your heart or boggle your mind, you should definitely read this. The main character who also happens to be the narrator is very genuine and relatable and so are the other major characters. Perhaps the only thing I didn’t like much about the book is how it ended so soon but I guess the author’s just saving up more of the good stuff for the sequel. 😉

“When someone’s been gone a long time, at first you save up all the things you want to tell them. You try to keep track of everything in your head. But it’s like trying to hold on to a fistful of sand: all the little bits slip out of your hands, and then you’re clutching air and grit. That’s why you can’t save it up like that. Because by the time you finally see each other, you’re catching up only on the big things. But the little things are what make up life.”

There’s just something so raw and genuine in Jenny Han’s writing that even though there’s always that sense of familiarity with the stories she writes, I always find myself connected and interested. This is my second read of the book and like with Everything, Everything, I feel like I have developed a better sense of appreciation of the characters, their motives as well as the storyline in general.

During my first read, I simply dismissed the book as your usual “feel good” book you can mindlessly read on a lazy day or a holiday but after rereading it, I found deeper meanings in the themes of the story especially on the relationship among the sisters, Margo, Kitty and Lara Jean. I think the depiction of their family especially with their amazingly understanding and kind dad is what I loved most about the novel. Kitty is well, still a bratty smart ass that made the entire story all the more fun.

The person I liked the least in the novel is Josh even though I do understand where his conflicted emotions for Margo and Lara Jean are coming from. I just wish he were stronger and surer on his feelings for the sister he committed himself with. Yeah, they’re broken up but it’s still so obvious how much they love each other and I just hated how he acted out just a few weeks after losing the girl he’s supposedly so in love with.

As for Lara Jean, she isn’t the best heroine but I appreciate her characterization and her main predicament in the story is just hilarious. It’s hard not to like her. I’m seriously looking forward to watching the movie. I hope it gives justice to the novel.

ORIGINAL REVIEW
“So much of love is chance. There’s something scary and wonderful about that.”

This is a jell-o kind of read. It doesn’t particularly taste special, but it’s fun and nice to eat. Kind of a bit addictive too. Exactly like this book. It’s light. It’s cute. It’s silly, definitely silly, but I enjoyed it.^^

Lara Jean, a 16 year old, Korean American “goody two shoes” hopes to win back the guy she still loves which she learns is not as simple as she thought would be especially when another guy from her past comes back to her life. Two guys who as Lucas (Lara’s friend) described are Betty and Veronica’s counterparts. Definitely a very tough choice. Nice one, Lucas! 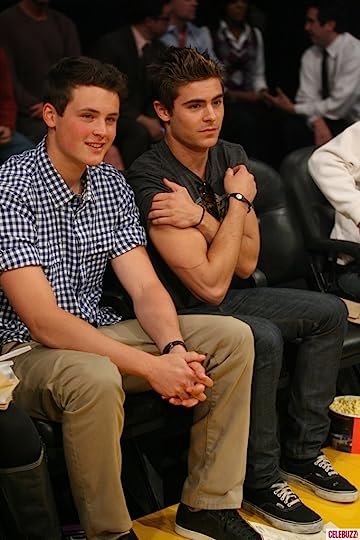 If it were me, I’d go for Betty’s counterpart without a second thought. Nobody’s asking me though. Lol.

What I liked about the main character is her composure and the way she held her head high despite a very humiliating experience and being the butt of the joke of everyone. She won’t let herself wallow in self-pity and definitely knows when to move on. She also knows her limitations and has impressive self-control.

If I were in her place, I’d probably wreak havoc upon the deserving people or cover my head with a paper bag when at school or ditch it altogether and live a life of exile. Lol.

The plot is kind of a mess but in that appealing, realistic way. The relationship among Lara, her sisters and her father warmed my heart.

I’m just not very satisfied with the conclusion even though it’s a really cute HEA since so many things have been left unresolved and I doubt there’s still a third book.

But if you’re looking for a light, mindless read, then definitely go for this.

Also, Kitty, the ten year old she-devil can be another reason you might want to read this.^^

Gaaah! Now I’m torn. The first time I read this, I was completely Team John Ambrose. It’s not so hard to fall in love with this perfect guy without so much extra baggage. His moments with Lara Jean are too sweet and too adorable. Things between them are so easy and so uncomplicated. Just *sighs*.

But getting to know Peter again and understanding better his character and his past, I realize I couldn’t let him go either and I’m not even Lara Jean. Lol. That last scene at the tree house just melted my heart to puddle especially those last lines by Peter that goes something like “My heart is yours to break.” *double sighs*

Some of the highlights of the story for me are:

• How Peter treats Kitty especially on her birthday
• Kitty in general. How she braids hair like a pro, how she acts so wise, mature and confident
• The tagging game
• John Ambrose and Lara Jean dressing up
• Lara Jean’s letter to Kitty

I’ll never get tired of Jenny Han’s books. I can’t wait to read the finale. 🙂

BOOK 3 (ALWAYS AND FOREVER, LARA JEAN)
I never imagined falling for a too handsome, too popular jock but Peter is just too adorable to resist. Gaaaah! adsfghjklmnopqwertqwerty! He’s basically the reason why I liked the conclusion to this trilogy so much. All of my favorite moments in this finale involve him:

1. Learning from Kitty how to braid *just adorable*
2. Using every chance he gets to practice braiding Lara Jean’s hair
3. His bachelor’s party for Lara Jean’s Dad
4. The way he looks at Lara Jean *sighs*
5. How he always compliments the best way he can Lara Jean’s baked goods
6. Peter always trying to win Lara Jean’s dad and sisters *I think that’s the sweetest*
7. Peter in a tux *heart eyes*
8. Peter picking their theme song during prom *oh, my heart!*
9. His birthday surprise for Lara Jean *I’m a goner*
10. Peter thinking he isn’t good enough for Lara Jean. *Awww!*
11. His message on Lara Jean’s yearbook *Peter, I’m yours!* (Nobody tells my husband, alright?)

I have developed this unrelenting loyalty for Peter so much that every time John Ambrose enters the picture, I practically yell at him to get the heck out. Lol. But Peter aside, I think this finale is the perfect conclusion to the trilogy. I love seeing the growth of each of the characters in the story (even Genevieve) but especially Lara Jean. What I love about Lara Jean is her kind and forgiving heart. I like that she doesn’t try to complicate things and how she’s often reasonable. I love her connection with each of the person she loves, with her sisters, her dad and Peter. What you see is what you get, as they say. I do not doubt I’ll read these books again in the near future. Lol.